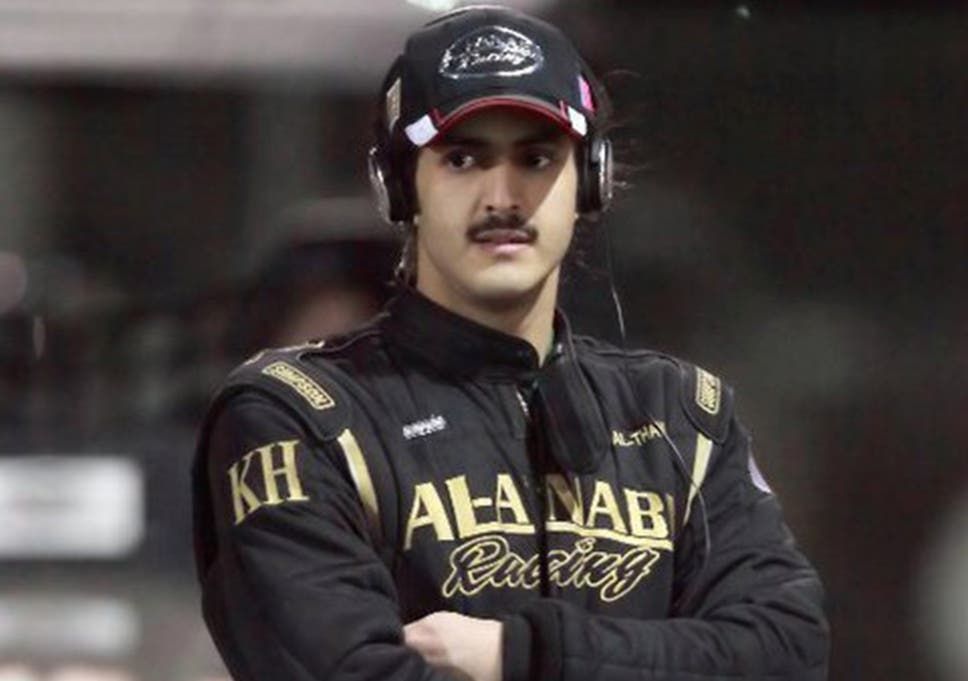 The modern world requires modern hobbies, and the brother of the Qatari Emir, Sheikh Khaled bin Hamad Al Thani, has certainly embraced all that motorcars have to offer.

Of all the world’s royals, few have taken to modern life with the same tenacity as Qatar’s ruling family, the Al Thani’s. Holding the throne of the Qatari peninsula since it was unified almost two centuries ago and able to trace their heritage back to the Banu Tamim, one of the largest and most influential Arabian tribes of antiquity, the Al-Thani’s have a rich history steeped in tradition. However, this has certainly not stopped royals like Sheikh Khaled bin Hamad Al Thani from embracing modernity with open arms.

Sheikh Khaled was born on the 4th of September 1986, is the brother of the ruling Emir, and received a bachelor’s degree in International Relations, Law, and Politics from a London university. But what really sets him apart from his royal counterparts around the world is his passion for the world of car racing and the colourful hobbies that come with it. At a young age, he made history as the first Qatari to drive a Formula 1 car, which reaches over 215 miles per hour. However, these measly speeds were not enough to satisfy Sheikh Khaled bin Hamad Al Thani’s burning passion for motorsports, and he soon became heavily involved with Top Fuel racing.

He spent a large sum establishing himself and his kingdom within the sport as the owner of the Al-Anabi racing team, in part to actively pursue his love of motorcars, but also to broaden his nation’s profile in the sporting world. The beastly machines of Top Fuel car racing are the fastest accelerating cars on earth, reaching 100 miles per hour in about 0.6 seconds and going on to top 300 miles per hour in the time that it takes it to cover about 700 feet. Sheikh Khaled bin Hamad Al Thani’s endeavour went on to be a roaring success, as is the case with so many of the enterprises undertaken by the world’s royals, and he soon returned to Qatar to devote himself to the presidency of the Qatar Racing Club. This is, quite naturally, one of the leading motorsport facilities in the world, and home to the Arabian Drag Racing Competition, which the Sheikh also sponsors.

Settling into a more relaxed life in Qatar with his family, he continues to pursue a number of exotic hobbies like swimming and scuba diving in the waters around his beach-front home. Sheikh Khaled bin Hamad Al Thani’s passions may be a long way from the traditional hobbies typically enjoyed by members of other royal families, such as equestrianism, but he clearly embodies the love of life common to all nobility. He also shows the adaptability of royalty to the modern age, and gives a taste of the successful ventures that await the royals of the future. 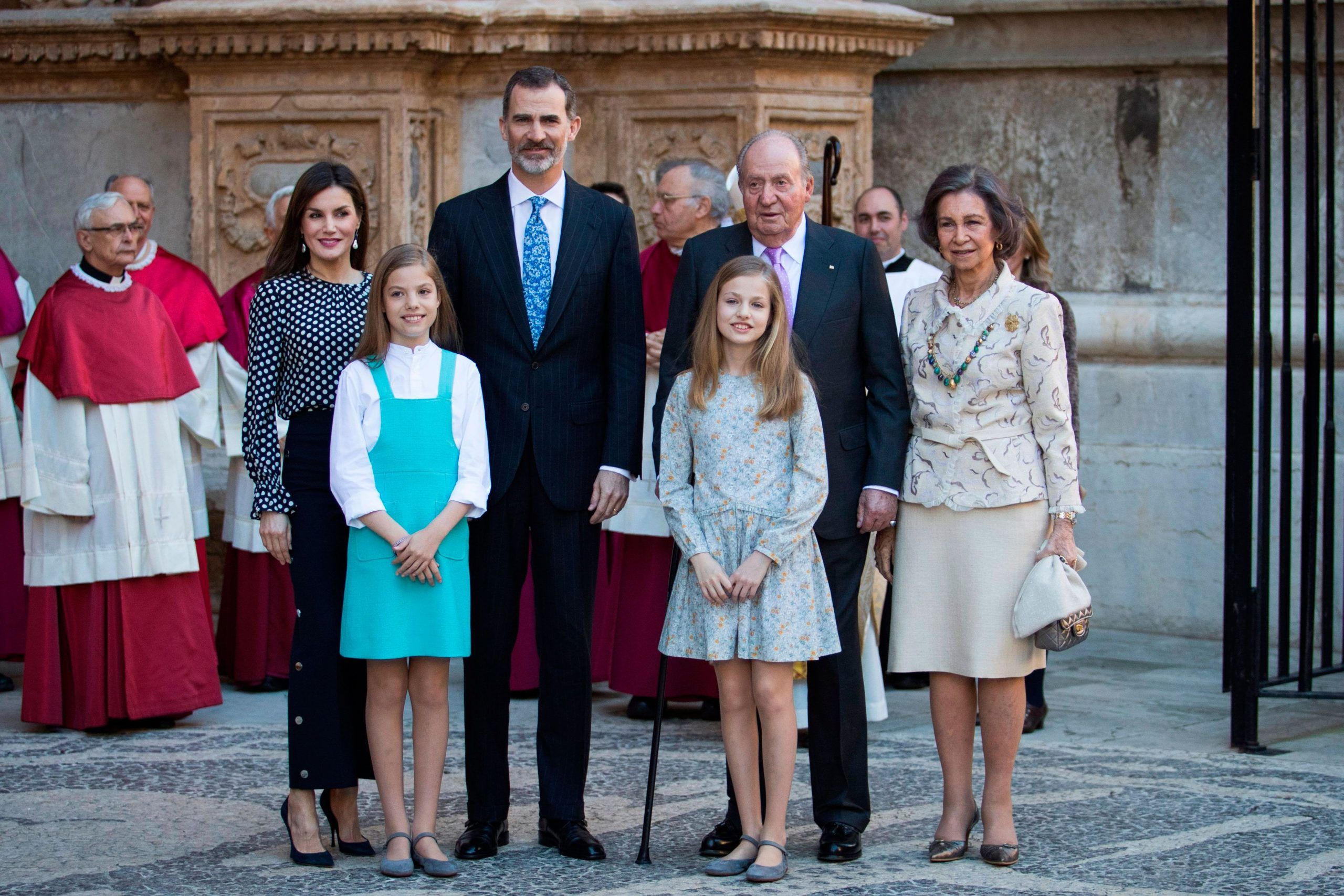 The 21st century monarchs of Europe have pioneered a modern approach to royal life. None more so than King Felipe VI of Spain, who with gentle grace and reserve has reigned over the European nation since 2012. Known for his natural charm and respect for the duties of the Crown, King Felipe VI has remarked that he embodies “…the renewed monarchy for a new time.”

Born on January 30, 1968, in Madrid in Spain, King Felipe VI has followed in the footsteps of his royal father, Juan Carlos, with the assumption of the Crown. King Felipe VI’s early life was focused on receiving a strong education that would give him a significant understanding of all that his royal duties entail. This resulted in him studying for a degree in law, and subsequently a master’s in international relations. Beyond his educational achievements, King Felipe VI also spent the years before his coronation serving in the assorted military outfits of Spain. His primary responsibilities during this time were as a helicopter pilot, which earned him his helicopter pilot wings from both the Army and Navy. King Felipe VI began executing official duties as the heir apparent to the throne of Spain in the early 1990s. This involved supporting philanthropic causes, as well as fostering international fellowship between other Spanish speaking countries.

King Felipe VI’s inauguration to the role of sovereign came at a turbulent period for the monarchy of Spain. Several scandals regarding other high-ranking Spanish royals, including King Felipe’s father, Juan Carlos, had shaken the public’s trust and appreciation for the royal institution. In light of the prevailing tension in Spain, King Felipe VI’s ascent to the throne was guaranteed by his father’s abdication. King Felipe VI began his reign in 2012, with the ethos that “the Crown must constantly earn citizens’ appreciation, respect and trust.”

The monarchy of Spain is set within a constitutional structure, where the constitution grants certain discretional powers to the sovereign. Hence, King Felipe acts as a constitutional head of state for the region and in effect, personifies the enduring permanence of Spain. Crucially, King Felipe does not make any public policy decisions as a constitutional monarch. Instead, his official responsibilities require him to play an impartial role in mediating Spain’s political landscape, as well as holding the ceremonial position as commander-in-chief of the Spanish Armed Forces. He also holds an important function as the highest representative of Spain’s international relation efforts.

King Felipe VI has two children, Leonor and Sofia; the former of which is his heir presumptive. Aside from his royal duties, King Felipe VI has a significant interest in sailing sports. He even represented his country during the 1992 Barcelona Olympics as a member of the sailing team.

The dispute over whether countries should continue to support the historic institution of monarchy in modern times is a complex debate to resolve. The existence of monarchies is a divisive subject for many, and often provokes emotional reaction depending on who you ask. Nonetheless, the current composition of the world’s royal families and modern governance practices beg the question of how these institutions continue to be relevant. While many would like to point out these prominent dynasties as old-fashioned remnants of a by-gone era, there are many justifications to the contrary. Monarchy has a long history across the world, having been established as early as the Ancient Egyptians and taken root as a vital form of government for European nations from the Middle Ages until the First World War.

Currently, there are 26 distinct royal families that preside over 43 countries globally. Among them, there is an assorted mixture of different levels of authority and power. For most monarchies in modern times, the absolute right to dictate public policy that was held in earlier centuries has given way to purely symbolic and ceremonial responsibilities. At the same time, some nations continue to uphold the supreme reign of certain royal families. The enigma that monarchy resides in due to its continued prevalence as a traditional institution among today’s modern systems of democracy, makes it difficult to reconcile.

These monarchies endure for several key reasons. Monarchs exist above and beyond the daily political struggle of governments, as they represent their whole country despite political leanings. Hence, they are less inclined to be influenced by the views of the dominant political parties, and instead offer a more neutral representation of national pride. In the same vein of thought, our modern-day royals can establish a shared loyalty amidst the populace, regardless of class or ethnicity. For a world that is being overtaken by ever-increasing globalisation, the existence of a unifying royal family is fundamental to stabilising countries. Finally, monarchs embody the customs and traditions of a country, while also interacting with elements of the present. Essentially, royals can be described as the custodians of a country’s historical culture.

Even so, the criticisms levelled at modern monarchies continue to doubt the relevance of such institutions. Typically, arguments for this realm of thinking purport that monarchies promote unworthy successors, and in effect are unreflective of modern democracy. However, the overall support from the public provides an important function in enforcing accountability on these institutions. Kings and queens of the past, present and future, are subject to powerful scrutiny that generally hinders illegitimate conduct. The relationship between the monarchy and its people, remains a significant indicator of cultural and societal unity. The relevance of such an ancient hereditary institution is assured by this relationship.